Why I volunteer - Kirsty McGovern-Hooley 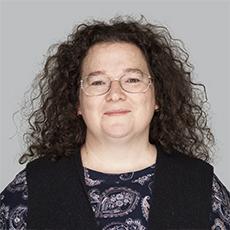 I initially got involved with my P&C because I’d been stuck at home with two kids for years! What I did there helped me to get back into the workforce. I put my hand up for treasurer, even though I had no background with accounts. I learnt new skills and went from there!

I then got involved with Council because I was advocating for keeping the Early Intervention Centres open. I saw Council’s involvement and realised it was a great vehicle, with real impact. Here was a group of people with great ideas — and very welcoming — who were all passionate about public education. I strongly value public education and think it is important to put more effort and resources there. I can see that what we do at Council really does effect change.  ●

In 2022, Kirsty was recognised for her work in advocating for publi school parents with a Friend of Public Education Award

Kirsty volunteers for a number of organisations and was recognised in the 2019 Volunteering Awards for the Canberra Region. She took out the Corporate Volunteer of the Year for a community research project for Marymead, which she undertook through her employer, RSM. The project captured the experiences which people with autism and their carers have in accessing services.