At Our P&C... cooking classes

The P&C at Arawang Primary School has got their community cooking up a storm! 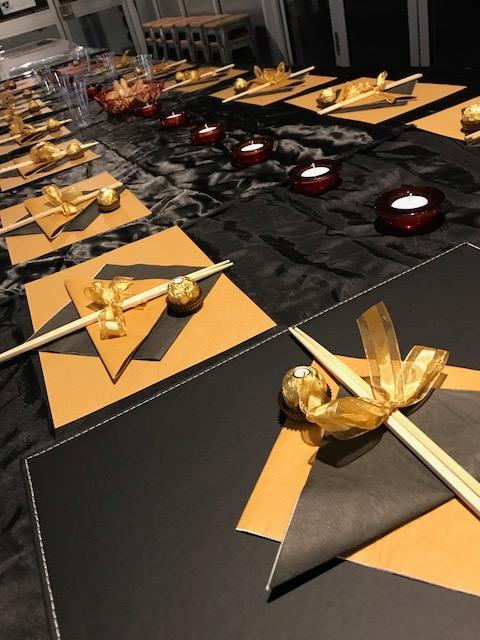 We all know that food is a great leveller and a terrific way to get people involved. This year, the Arawang P&C have been building community involvement at the school by running adult cooking classes.

“We have an amazing kitchen at the school which is used to teach cooking to the kids. The Principal, Jeni Page first floated the idea of using the facilities to run cooking classes for parents,” explained P&C President Heather Frisken.

The P&C was happy to pick up the idea and run with it, thanks to their indomitable fundraising parent volunteer, Alison Manners. This year, they have run two successful evenings of Asian cooking.

“We ran the first evening in term one and the second one in August,” said Heather. “They were both a huge success.”

Despite the winter weather, 11 eager parents and teachers went to the August class, stepping out of their comfort zone and into the kitchen. According to the P&C, the results were a lot of laughs and a table filled with delicious food to share. Everyone also left with nine new recipes to cook with confidence at home.

In return, each participant paid $50. According to Heather, most of this was to cover the costs of the evening, with a small profit going to the P&C

“In setting the fee, we wanted to make it affordable,” she explained.

“Craig Midgelow, our chef for the night, is one of Arawang’s talented teachers and a chef to boot. We are lucky to have him teaching our kids in the kitchen and to have him give up his time and teach the school community in the evening.”

So what if there is not a chef available? Heather didn’t think it was a deal-breaker and that parents with particular culinary skills could equally be involved.

“They just need to be willing to share their knowledge and support those who have come to learn,” she said.

The P&C certainly seems to have a lot of culinary enthusiasm and a willingness to try new ideas.

“In term two, we promoted a Mexican food evening but had to cancel due to low numbers, either it was not a popular food choice or it was too cold, so we returned to Asian cuisine,” said Heather.

“We have plans to extend the idea to parent-child cooking classes and something special for Christmas, in term 4.”

“Another idea, which might appeal to a different group of parents, is to run a session with recipes that use just four ingredients. We are certainly keen to do more.”

This article is part of a series "At Out P&C..." sharing great things that ACT P&Cs are doing and appeared in ParentACTion Magazine, Term 4, 2017.