Re-inventing the P&C for high school

Carolyn Fisher, former P&C President at Belconnen High, explains how the P&C re-branded and re-invented itself to better fit the challenges of high school.

Several years ago, the P&C at Belconnen High School was faced with a dilemma – just what should their role in the school be? Up until that time the P&C had run the canteen, but with parents moving on, the expertise to do so had disappeared and the decision was made to outsource the canteen. Parents were still keen to be involved, to help the school in some way, but how?

Principal David McCarthy told the P&C that fundraising was not a priority, freeing the group to look at other roles.

“It is important for the P&C to have a clear role,” he says. “I’ve seen a negative cycle operate at high schools where busy parents can feel discouraged because they perceive that they are ‘not doing much’ for the school and once they feel discouraged, they stop coming to P&C meetings at all.”

After further discussions with parents and the Principal, the P&C decided that their most important role was facilitating the flow of information from the school to parents and back again. It was clear that while teachers communicated well with students about assessment and expectations, the kids were not necessarily passing on the information to parents. The P&C’s new role was to help the school communicate with parents, despite the teenagers!

“High school students seem to need less parent involvement,” explains Carolyn Fisher, “but appearances can be deceiving. Being further along the path to independence makes it trickier for parents to deliver invaluable input. This is the value of investing in the school community. It provides the crucial support, but indirectly. Everyone benefits: your own children, other students, other parents and teachers.”

To get away from the perception of the P&C as a fundraising body, or somewhere parents should avoid in case they were given a volunteer role, the P&C was renamed the “Parent Forum Group.” (This was formally structured a subcommittee of the P&C). As the name suggests, they began running parent information forums – one each term.

The first forum explored the topic of the teenage brain with the help of an expert guest speaker. It was facilitated by a parent and attended by key staff who were called upon at times to answer questions from the school’s perspective. It was a huge success, attracting 30 parents and generating useful discussion. Ways in which the school communicated with parents changed as a result of the conversation.

Other topics for the parent forums included:

The forums have helped parents to better understand their children, how the school works and how to help. They have given parents access to senior staff and the Principal and have provided useful information back to the school. 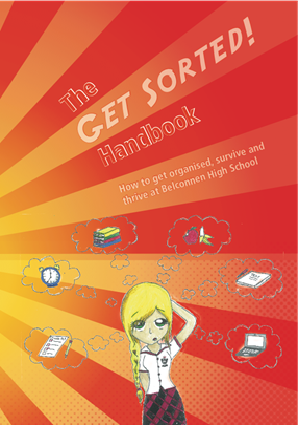 Out of one forum, a new resource was born. Carolyn, along with pastoral care staff at the school, wrote a new guide for students – the ‘Get Sorted’ handbook – and developed a student planner. These are now used throughout the school, encouraged regularly in classes and explicitly introduced to Year 7 students.

Tips for making it work

Carolyn suggests the following considerations for P&Cs looking to re-invent themselves.

“If you get enough people, who all want the best for the kids, together in one room with the willingness to improve things and to learn, ideas will flow and things will come up that are fabulous, rewarding, and worth the effort,” she says.

“The P&C have provided something very valuable for the school – a way of better connecting parents to the school,” says Principal David McCarthy. “At the same time the forums have created a positive sense of purpose for the P&C, and so a stronger P&C – which is a great resource for me and for the school.”

Council has compiled a list of possible topics and speakers for forums which parents at your school may find useful.

This article appeared in ParentACTion, Term 3, 2015. See other past editions of our quarterly magazine. It is part of a series of articles sharing expertise across our P&Cs.