Parents’ early years at school are a critical point to get engaged. So we think every primary school should have an Early Learning Parent Representative. Marina Spurgin, Council’s Early Learning Officer, talked to several reps to find out what the role involves and the benefits they see. 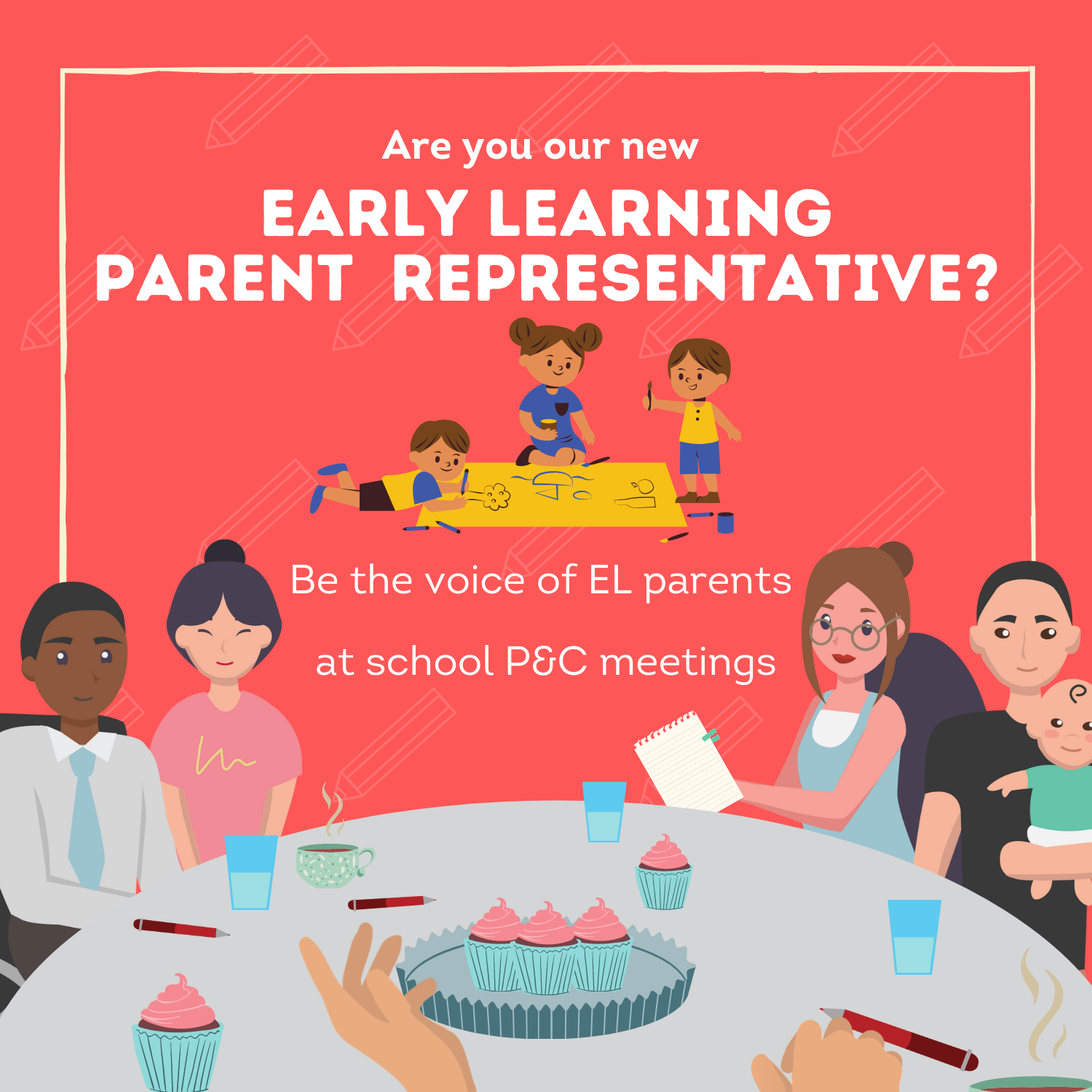 Early Learning Matters Week in July got us thinking about how important the parents of early learners are to P&Cs — and their future — and what role the P&C could play in their experience of school.

Duffy Primary P&C’s preschool representative, Melissa Austen, notes that parents often have more time when their children are in the early years and are more involved in helping them to feel secure and confident at school.

“A lot of the preschool parents have more time to join in. They're enthusiastic and if we engage with parents then, they just fit the P&C into their everyday life, as they're scheduling,” she says.

“When you send your child to preschool you're thinking about every single step because it's such a big change and a new environment — you just want to make sure that everything's okay so you get really involved. It's much easier too if you get involved to start with.”

Parents and carers come into a new school community from a range of contexts and with varied community engagement experience. They often ask how they can connect with other parents prior to starting preschool or kindy, seeking opportunities for playdates so children can start school with a few friendships already forming. Orientation events are a good time to include some ‘get to know you’ exercises for parents or even, as Melissa mentioned, provide a link to a closed Facebook group just for those parents to connect.

“So then if anyone wants to do a playdate before preschool year starts, they can organise that.”

“Preschool is the one grade,” Melissa notes, “where parents are allowed to drop their children at the door, they're allowed to help hang up their bag, and often have more interaction with the teachers. Whereas you kind of step back a little bit in kindergarten and year one.”

“Our P&C is exploring ‘get to know you’ options, for example, where you can volunteer for an hour and make sandwiches to freeze for children that have forgotten their lunches.”

The Duffy preschool teacher facilitates communication to their parents so Melissa doesn’t have to worry about managing mailing lists, and the closed Facebook group is parent led.

“One parent set up the preschool Facebook page initially, and the preschool teachers tell new parents about the page,” Melissa explains.

All parent reps stressed the importance of providing a range of options, or levels of commitment, for parents.

“We tell potential volunteers that they don’t have to sign on to endless activities,” says Melissa. “We've been talking about the barriers to volunteering for the P&C. It's thinking that if you do something you have to be there from the start to the finish... people feeling like they have to lock themselves in, like they're letting people down. We’re working on a calendar of events so people can plan what they do and how much they sign up for.”

With early school years forming a significant foundation for growth and learning, it’s also the time of early education transitions, a time when parents may appreciate more support to connect with others, to interpret new information, and build their capacity to participate in their child’s education. Capacity gains in the early years – positively engaged, not overcommitted, approachable networks, respectful interactions and so on – can translate to long-term benefits for schools and families. While the context changes, transitions occur again and again, through secondary schooling and life events. Building that capacity early on supports future challenges.

And that capacity needs to be built, not simply assumed. Dr Karen Mapp, Senior Lecturer on Education at Harvard, has dedicated 20 years of research to understanding partnerships among families and educators which support student achievement and school improvement. She notes that “the various stakeholders (families, school leaders and staff) have not had the opportunity to develop the knowledge and skills, in other words, the capacity, to engage in effective partnerships.”

“One went right through [primary] with two children and now another is doing the role and has two children, they tend to stay in the role because they get momentum going,” she said.

“You need to get parents involved early and then they'll keep going, there's been a lot of Chapman P&C people go through to the P&C at Stromlo High School.”

Parent reps recommend engaging early but not overwhelming parents, having longer tenure for coordinating roles, and getting to know your early learning parents.

Alice Falkiner provides a strong voice for early learning parents. Vice President at Chapman primary, Alice has been a class carer and is also the preschool-P&C liaison.

“We always try and have at least one social event for the preschool, there's also the information night... we’ve also organised a dinner picnic on school grounds at around five-ish.” ●