It is with sadness and gratitude that we pay tribute to Graeme Evans – Council Life Member, long-term P&C volunteer and champion of public education – who passed away in February.

Graeme’s involvement in P&Cs and Council stretches across several decades. He was an active member of his children’s schools, and their P&Cs, and was a representative for Lake Ginninderra College for over 25 years. He was made a Life Member of Council in 2012, represented us on the national parent body  (ACSSO) for many years and continued to contribute to public education until shortly before his death.

“A friend, a mentor and a gentleman. Graeme was a passionate supporter of public education,” said Viv Pearce, fellow Council Life Member. “His quick mind and strong advocacy made a difference to those who had the pleasure of knowing him. He fought for a better deal for disadvantaged families. He was a great supporter of sustainability.”

“As a foundation member of Council’s Disability Working Group he fought strongly for families of students with a disability to be heard.  He was also an advocate for our First Nation people.”

“Graeme’s commitment to the role and work of Council was exemplary. His thoughtful ideas, sharp wit and humour will be sadly missed by all who knew him — both nationally and here in the ACT,” she said. 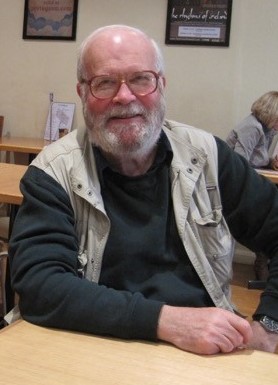 After the 2003 Canberra bushfires, Graeme represented Council to successfully lobby for the Birrigai education facility to be rebuilt after its destruction. The government had originally planned to accept the insurance money and disband any educational program there. Graeme was proactive in having that decision changed so that this important part of  ACT public education remained.

The unique combination of skills, insights and knowledge that Graeme generously lent to Council will be sorely missed. His quality and detailed analysis and his broad range of experience and expertise informed Council discussions, policy and submissions. For years Council benefited from his excellent word crafting skills and his detailed knowledge of current and past schooling systems and policy.

“His strong editorial skills and support were crucial in helping me, as representative from Lake Ginninderra College, to formulate a policy on Sustainable Schools for Council,” remembers Viv. “When Lake Ginninderra College P&C presented the policy to Council 2008, it was well supported and enhanced by other P&Cs. Essentially the same policy was later adapted by our national parent body (ACSSO) in 2011.“

Graeme was an absolute supporter of the neighbourhood school and strongly opposed school closures, including Ginninderra District High School. Jane Tullis, Board Chair and P&C President of the school during that difficult time commented: “I am witness first hand to Graeme’s tenacity as well as his astuteness in recognising that this would be simply the first of many closures.”

Graeme was also part of the Save Our Schools lobby group and made significant community contributions beyond education as the founding President of Belconnen Community Council.