At our Games Night

A Games Night at Namadgi school showed what can happen when school staff, students and P&Cs work together 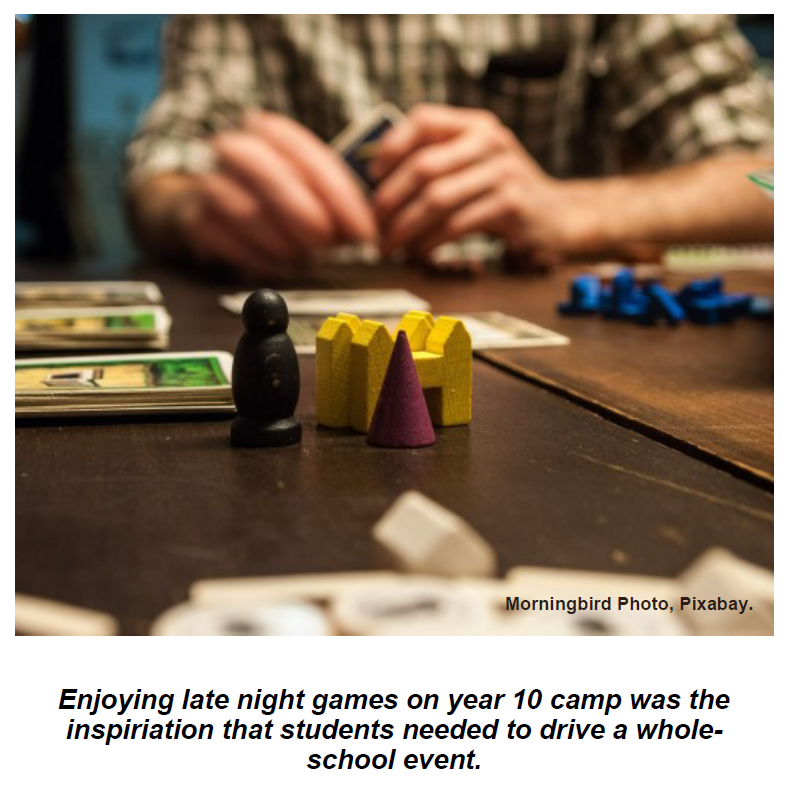 School events are a great way to build community and social connections. They can provide staff, students and families with a deeper sense of belonging and connectedness which is great for morale and mental health as well as the perfect environment for trust and learning to thrive. So it is not surprising that school events are a big part of what P&Cs do.

But providing a school-based event that teens want to attend can be tricky.

“We had been running Discos – one for the junior school and one for the seniors,” explained Namadgi School P&C President, Rhodina Ellison. “They were always popular with the primary-school aged kids, but our discos for kids from years six to ten were only getting a handful of kids coming. We had to cancel two senior discos because we didn’t sell enough tickets.”

So they replaced the senior disco with a Games Night.

“We had around 60 kids come, which for us was massive. Even better, we saw the older kids getting involved, socialising and having fun in a safe environment. We had kids who are normally introverted out there interacting with different kids, skipping or playing ping pong. Everyone had a great time.”

The venue was the school performing arts centre, decked out with a range of activities for the three-hour event.

“There were board games and card games, ping pong, and some bean bags for a rest,” said Rhodina. “The teachers brought down an interactive white board and set up a Wii attached to that, and outside there was a huge skipping rope.”

Crucial to the night’s success was the collaboration between the P&C, school staff and students.

“It was really driven by the year tens,” Rhodina said. “At the year ten camp held earlier in the year the kids played cards all night – that’s where the idea came from. They wanted to involve more people and make some money for their formal.”

“The year ten leadership group really drove the event. They surveyed students to see if that was the sort of event they would like. Then the year tens helped the staff to set up for the night.”

“The staff were great – they supervised and participated in each of the activities too. And the P&C did the canteen for the evening,” Rhodina explained.

“The kids were pleased to have a way of fundraising for the formal – they charged $5 at the door - and the P&C sold food.”

“We’re not all about making money. If we can get the high school kids involved a bit more, that’s great. It was a really valuable evening for the school.”

“We are all keen to do it again. We would like to hold it on the last Wednesday of every term. That way it can grow and build on itself.”

This article is part of a series "At Our P&C..." sharing great things that ACT P&Cs are doing and appeared in ParentACTion Magazine, Term 4, 2019.