At our P&C... Community Kitchen

A recently completed ‘Community Kitchen’ at Hughes Primary School opens up the school to international families in a new way. 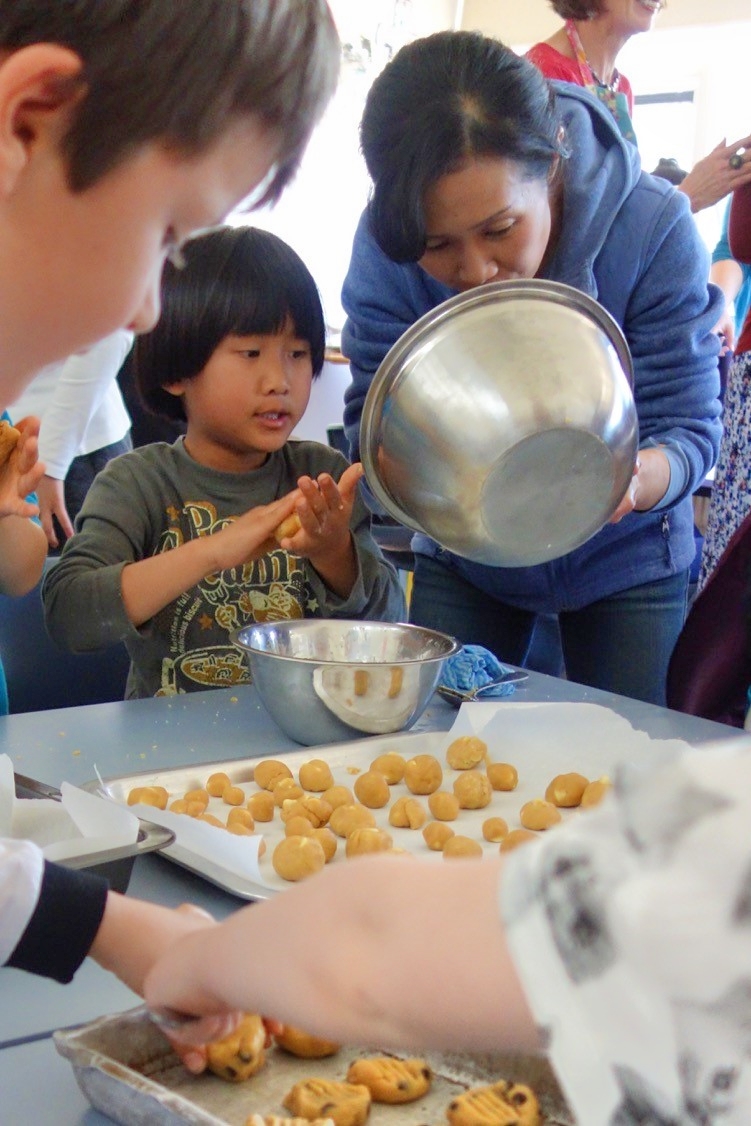 Hughes Primary School has a large and diverse international community: more than 50 different languages are spoken by school families and more than half of the school’s students speak English as a second language. According to Principal Kate Smith, the lack of a shared language was holding back some families from becoming involved with the school.

So P&C member Joanna Murphy came up with an informal, non-intimidating way for parents to become involved: through food. The result is a new community kitchen for the school which opened in September.

“The kitchen creates a level playing field for international communities. The idea is to help families feel that they belong here, feel supported,” Joanna said.

On the day of the kitchen’s official launch it was buzzing with families cooking together. Students, parents and younger siblings worked together to read recipes and create biscuits for a whole-school afternoon tea to celebrate the new facility.

“We have had at least 65 families through today,” said Joanna as the plates of biscuits mounted up.

Cooking is, indeed, a great leveller. Regardless of background, everyone has their own expertise to – quite literally – bring to the table.

The school also hosts English conversation classes for parents – run through a partnership with Woden Community Services. Parents attending the classes have already been sharing their love of food, using the kitchen to prepare a feast for teachers while practicing their English.

“Funding for the kitchen came mostly from a Building Multicultural Communities grant from the previous Federal Government,” explained Joanna (as we walked to the local shops to buy more eggs). “The P&C contributed by buying the sink and oven, and the school paid for new flooring and paint, so it really is a joint venture.”

Teachers intend to use the kitchen for lessons incorporating food preparation with literacy and numeracy as students follow recipes and measure ingredients. Work is also underway to get the dis-used school garden producing fresh food again to tie in with the project and innovative ways of teaching the curriculum.

Future plans also include demonstrations of international cooking by parents for parents. The kitchen will also come in handy for P&C-run events and special lunches.

This article is part of a series "At Our P&C..." sharing great things that ACT P&Cs are doing and appeared in ParentACTion, Term 4, 2015. See other past editions of our quarterly magazine.